You can pick them up just like ai and place them. They are massive and help defend that little base of yours from bad guys 😉

This is for many reasons including me not working my butt off to make another system … The story is the walls are filled with rubble to help withstand the enormous power of our new enemies. ;)…

These are level 1 wooden based walls. They auto detect which to place when you place a wall. Or at least the will when I am done 😉 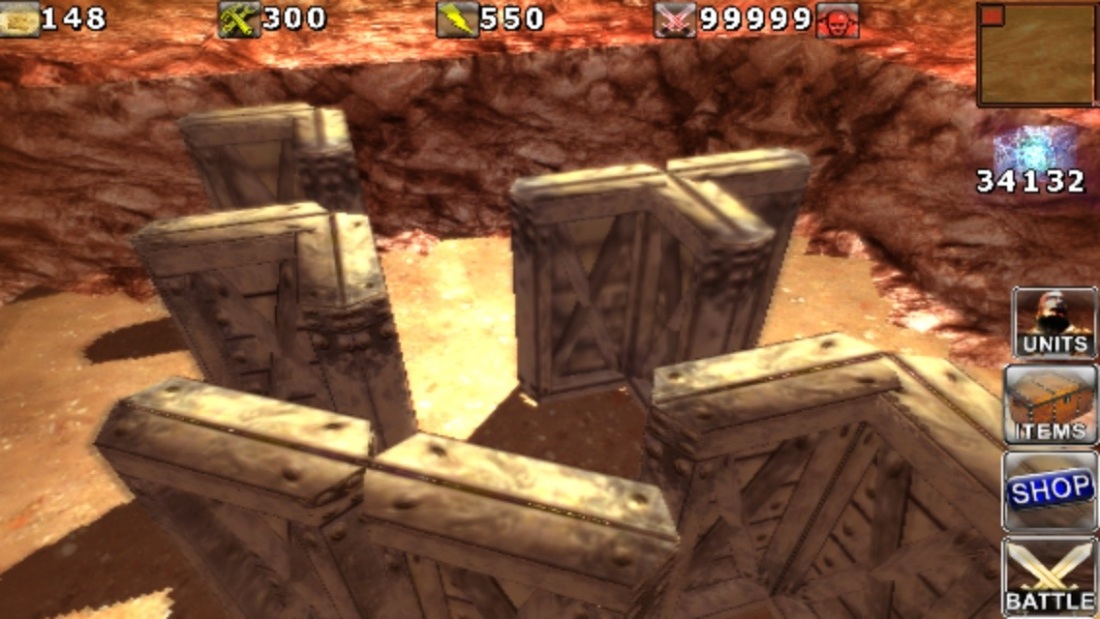 There is a lot of tweaking I am going to have to do. The speed of the game is greatly increased in battle mode. I really like this direction! I will try to post some pics as I go. 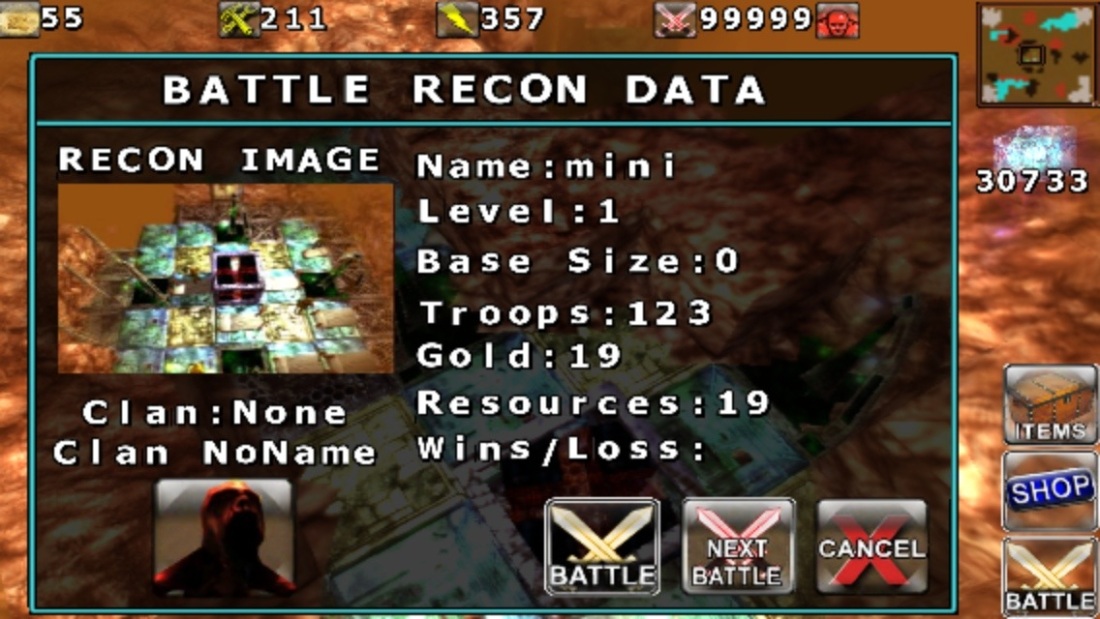 Quick update:
I am now battling! =).. I hope to be back to alpha within 2-3 weeks maybe less depending on what life throws at me. I need to now balance the new play style/loot/tile levels etc. More when I get time!

It’s in now to start testing battles and the scoring etc! You get a random screen shot from their level as a hint 😉

I want it just to report text facts like a spy got the info as the level will have the fog of war in the bases favor. So the information given will be.
AI Husk Level.
Number of Tiles.
Number of Troops.
Amount of Gold
Amount of Factory
Wins and Losses

That will be enough I think. I may add a screen shot but with the extra work I will wait until later.

More later I hope to have the battle system up and running in the next few days. Then I will move to balancing all the new combat and speeds.

Update:
Here is what I was thinking for the battle mode menu.

Window pops up with a radar shot of the base saying satellite imagery. On the menu there is data for Name,Clan Name,Wins Loses,Cash,Number of AI units. There are buttons for cancel, battle, and next only as you cannot go back. Press battle and you have a tele-port effect fade. Then you fade in over an open space on the enemy base ready to drop minions from your minion menu. You then can direct minions by pressing on them then pressing something to attack or pressing a place to walk. You can also set them to patrol. Time to dig to the base. Enemies drop loot when killed. Destroy as much of the base as you can. Then you receive a rating. Their destroyed base is saved as when they load that is the first thing they will see. Then they will be restored back to their main base probably looking for your but. During raids you canztake over a minion in First Person mode to attack with precision. Good Stuff.

Big reboot but I really like it a ton more now. The menus have been stream
Lined. (The menu will go through a make over before release). Now you have inventory and shop. Shop is where you queue up minions to be built, upgrade everything, and buy spells etc….inventory is where you use your vast assortment of hear and spells…. There is a barracks menu where minions not in your base will be taken to battle with you
Any minion left at the base will defend your base. Good stuff! Next is to build the battle mode and match pairing then finish placing in items, play testing , and online battle alpha!

And I have the store part almost done. I know that’s boring but that’s how I am
Allowed to work on these games by the family ;p

Here is some of it. 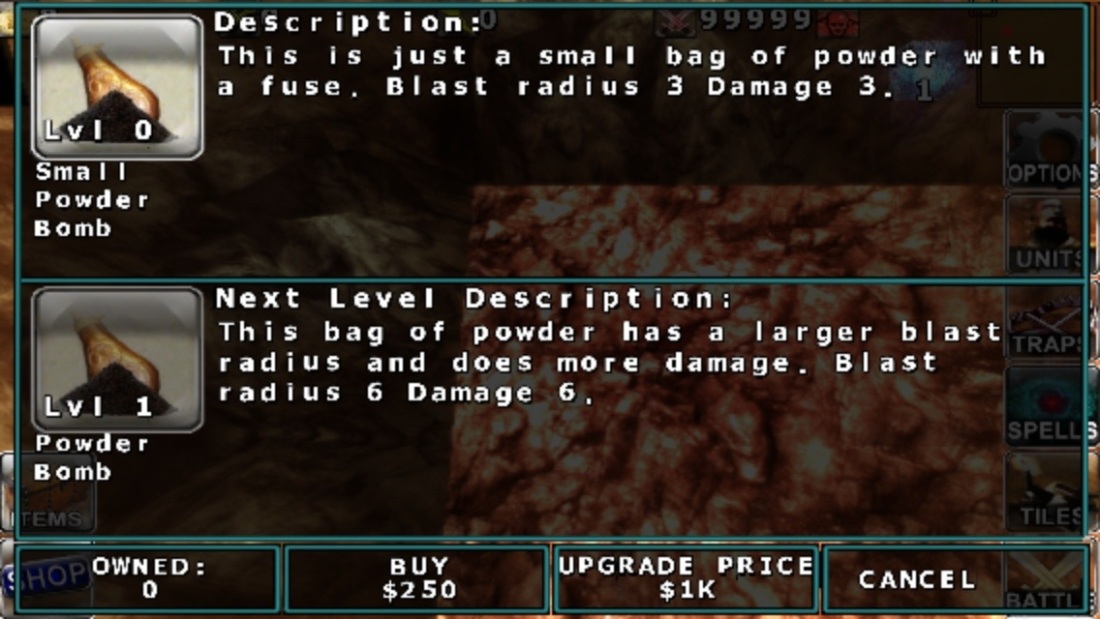 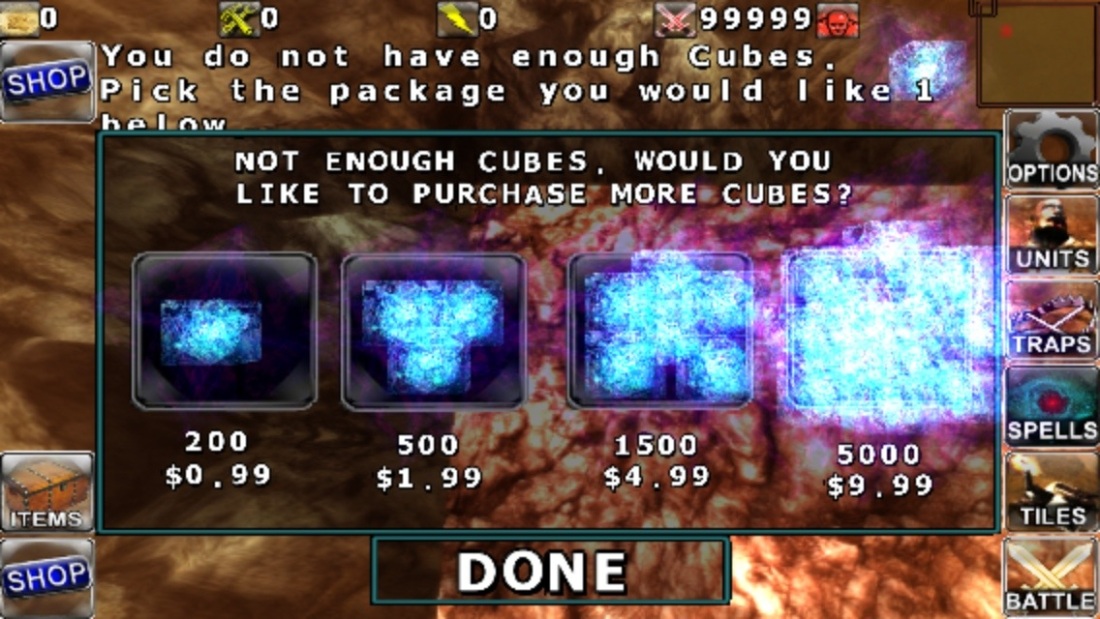 The buy power cubes menu. The only method I will use to fund a years worth of dev time lets pray it works with a free game ;)…

I have to finish the purchase menus and the apple systems to purchase more power cubes and thus fund future games as if I don’t make a little cash on this the wife will disown me for all the time I put into it =). Thats where it stands then on to actually game testing getting ready to get the game back into alpha testing after the huge changes. =)

The day job beat the tar out of me the last week but now things should ease up. I am back to working on cursed and moving forward! =).. I hope to have more to show soon and when I do I will post it here. =)